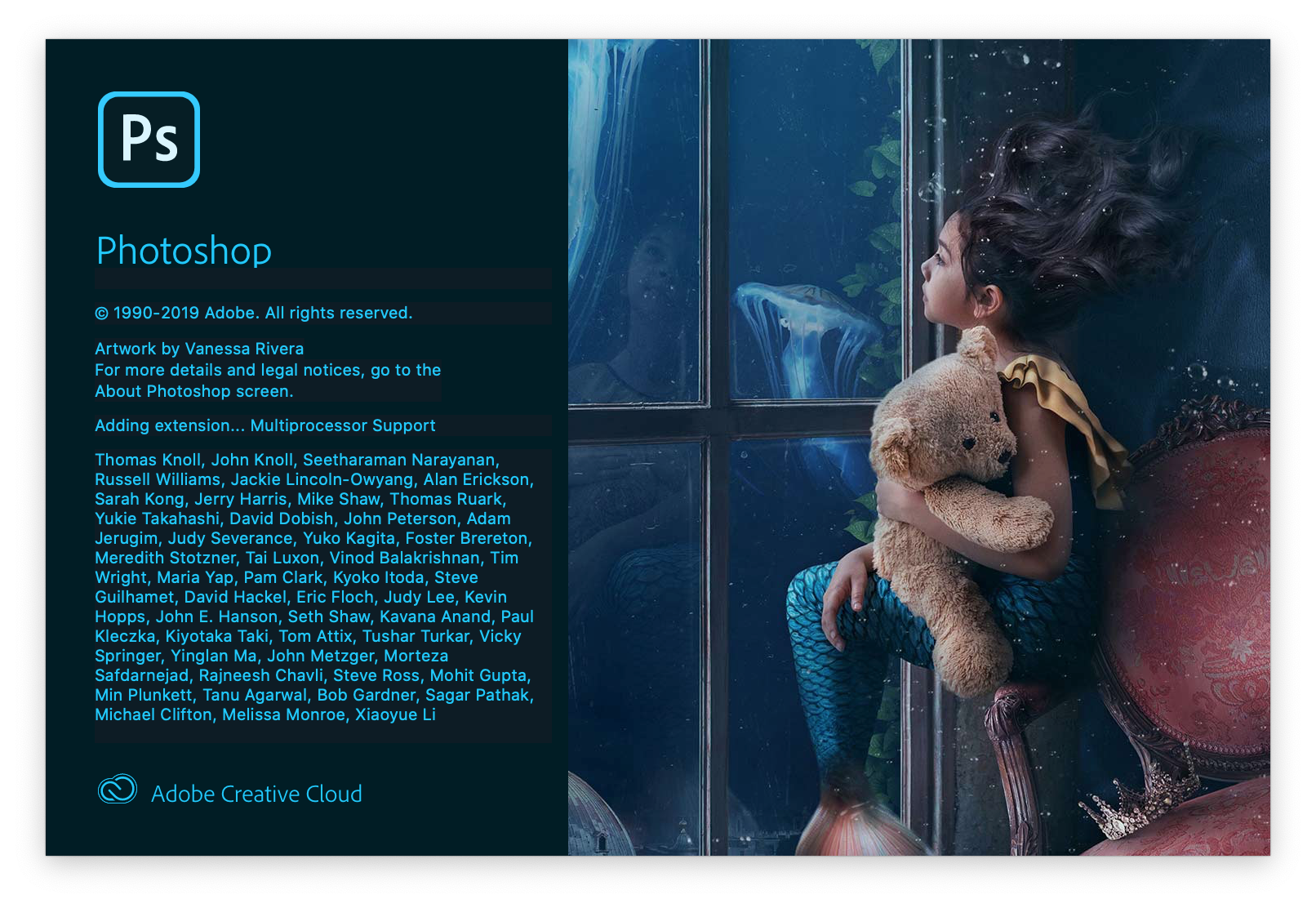 Alternatively, the Photoshop team members can be listed via Photoshop > About Photoshop... on macOS.

Because of my work on the Photoshop Imaging Engine (PIE) team, I also have contributed changes to the new Adobe Fresco app that recently launched on iPad and UWP. Notably I contributed locale-aware, case-insensitive, digits-as-numbers sorting to the cloud documents organizer, among a number of bug fixes. It’s an exciting time to be contributing to the Photoshop ecosystem!